May you always hear the bell. 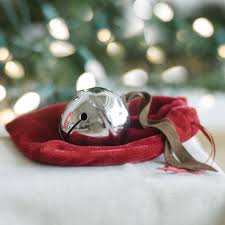 I can’t believe it’s time for another Christmas edition of my dating column.
Each year, I try to focus on the real meaning of Christmas. I once wrote about Ebenezer Scrooge, who, after being made aware of his jaded attitude, was able to find true joy and the Spirit of Christmas. Another time, I featured little Virginia O’Hanlon, who reached out to the New York Sun with a concern there was no such thing as Santa Claus. Our editor at Kamloops This Week usually reprints that famous response in each Christmas edition and I trust he will again this year.

Speaking of trust, that’s a word that comes up a lot in my business. There is another word that has the same meaning as trust, but sometimes can be misconstrued as having only a religious meaning.
The word is faith. Yes, for many, faith is their belief in their higher power — be it God or the universe.  Others may have faith, but not realize it. For example, you probably have faith you will have the same job tomorrow, or that your friends will show up for your dinner party, or that you will have hot water for your shower in the morning. These may seem like silly examples, but when we expect something to happen, and assume it will, that is faith.
I think some of us lose faith as we get older based on tough experiences, which can leave us feeling somewhat pessimistic. Many people went into this past summer worried about a repeat of the previous two smoky summers caused by forest fires. Others are a bit concerned there may be a lack of snow for this ski season. Then there are those who just feel everything will work out in the end and there’s no sense worrying about it.
There are some people who find themselves unexpectedly single and they worry they will never find a partner. And there are the those who stay in bad relationships because they do not believe they have the strength to leave.

For a moment this Christmas, let’s all try to take a lesson from children. When was the last time you heard a five-year-old say he is worried Santa won’t come to his house? Kids just have faith that, no matter what, St. Nick will be there. They don’t worry about his sleigh breaking down or that Santa might call in sick. They just know he will be there. They have faith.

My favourite story of Christmas faith comes from the movie, Polar Express. A young boy takes a train trip through the mountains to the North Pole. He is astounded to be greeted by Santa and told he can pick the first gift of Christmas. He can have anything he wants. He chooses a bell from the reindeer harness and puts it in the pocket of his robe.
On the ride home, the boy realizes the bell has fallen through a hole in his pocket and he has lost such a meaningful gift. He is devastated. On Christmas morning, his sister, Sarah, reaches behind the tree and finds a gift from Santa with her brother’s name on it. When he opens it, he sees the special bell he lost. When the boy rings the bell, both he and his sister marvel at the beautiful sound it makes. His parents, however, cannot hear the bell and remark that it is too bad the bell is broken.

The story ended like this: ”At one time, most of my friends could hear the bell, but as years passed, it fell silent for all of them. Even Sarah found one Christmas that she could no longer hear its sweet sound. Though I’ve grown old, the bell still rings for me, as it does for all who truly believe.”
Now, if only I knew his name because he would be a perfect match for Virginia.
Wishing you all a Merry Christmas and I hope your bell continues to ring for many years to come.
Contact me by email at holmes@wheretheheartis.ca  and have a little faith that 2020 will be amazing.